Rose is in Trouble Again!

Having survived her captivity in mad Savilla’s fortress, Rose is now with the Sisterhood, training as a companion of the blood. Her relief at finding peace and acceptance at the school is soon overshadowed by visions of a strange man who calls to her. Soon, she finds herself at the mercy of a powerful warlock who wants far more than her body. While her vampire protectors plunge into a desperate quest to save her from a fate worse than death, she fights to keep her sanity inside a magic realm which threatens to become her reality.

Heart of Stone is finally here! This novel may be read as a stand-alone read, but the entire series is absolutely delicious. Each book in the series can stand alone or be read as part of an entire series. There are no cliff hangers.

In Heart of Stone, we find the vampire Maxim and his beloved human mate, Angel, doing battle for the fate of not only the vampire nation, but humanity’s as well.

Archvillain Toma returns meaner and more devious than ever in his quest to destroy Max and take his crown. Also back is the entire cast of great supporting characters, including the more precious than ever little Nina and baby Marco.

Join my newsletter and get first word of new releases and sales. I promise I will never Spam you! Your e-mail is never shared.

If you like short reads like Paranormal Dating Agency series, Called by the Vampire series, Immortal Guardians,  and Demonica Underworld, then you’ll love Vampires in the Mist.

My name is Rose. I’m a Miami girl- a normal girl with an iPhone, a Spotify subscription, and lots of dreams I do nothing about. One fateful night at a posh South Beach party changes all that. Seduced by an alluring creature, I wake up in a world I never imagined. I am now the prisoner of powerful, immortal vampires bent on possessing my blood, my body, and my soul. I have been chosen to become a companion, a member of their elite vampire harem. My only choice: submit or die. My only hope: the three gorgeous and seductive males assigned as my mentors, protectors, and lovers.

Indulge your thirst for romance, action, suspense, and vampires! The Angel’s Guardian series has it all. Begin with the short story Vampire, Not Monster, an urban fantasy (not a romance) which introduces the main character Maxim Denisov, a scruffy, eccentric, reclusive, vampire vigilante prowling and hunting in NYC.

Angel’s Guardian, the 1st full-length novel in the series, is a suspenseful romance with lots of action. Maxim, the reclusive, anti-social vampire, does a good deed which turns his own life upside down. This book is thrilling, romantic, and hilarious! You’ll love the characters.

Thicker Than Blood takes us to Europe with Max and Angel as he answers his family’s call and gets caught in a spiderweb of intrigue and power struggle which threaten the lives of his beloved new family.

Heart of Stone, the 3rd book in the trilogy, is coming soon! Toma makes his final bid for power, willing to destroy everything, including most of humanity, and only Max can stop him. But at what price?

FIND THE SERIES AT AMAZON.

The Daniel’s Fork series  has been re-edited and given fresh new covers. Each book has also been retitled.

Why the extreme actions? It has been not only an immense amount of work, but it has also been rather emotionally painful to do the changes. Strongheart’s Woman and Daniel’s Fork are my first novels and dear to me. They are also what I consider my best work as they are truly original in theme and genre: so much so, that they have been hard to place in popular genres and difficult to market.

As a new author, I had difficulty choosing their titles. It seems now that the old titles were not evocative of the proper images in the minds of contemporary readers. When someone thinks of the word “fork” now-a-days, the image that comes to mind is the eating type of fork- and not a fork (branching) in a road or a river.

The old covers were also not properly evocative either. The new covers address the actual themes more effectively.  The Hunter’s Snare (previously Daniel’s Fork) cover pulls its theme from the hunt for the killer and emphasizes the male protagonist rather than the healer. The old cover for Strongheart’s Woman (now Fire Dance) gave an erotica vibe that was misleading. The Fire Dance cover is darker and mysterious as well as romantic.

The short prequel to the series, “Edge of the World,” has disappeared as a stand-alone story. It has been incorporated as the first four chapters of Hunter’s Snare. This change provides a tighter background to the novel and strengthens the characterization.

I hope that readers like and embrace the changes in the series. A new book in the now titled Future Past series is close on the works.

MY BOOKS AT iBOOKS

MY BOOKS AT BARNES & NOBLE

MY BOOKS AT KOBO

MY BOOKS AT AMAZON 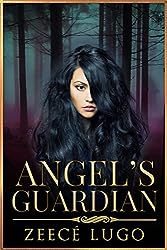 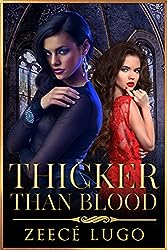 I use a Mailing List to stay in touch with my readers. I use your email to send notice of new releases, new promos, and sometimes to let you know about a special post in my blog. Your email is never shared, sold, or used for any purpose other than the ones I just mentioned.

MailerLite  manages my subscriber list and sends emails to subscribers. It’s a third-party provider which processes your data using industry standard technologies to help monitor and improve the list. MailerLite’s privacy policy is available at
https://www.mailerlite.com/privacy-policy

You can unsubscribe  by clicking on the unsubscribe link provided at the end of each email message you receive.